The MIR Books a non-profit, is building a digital library of  Internet sites and other cultural artifacts in digital form. Like a paper library, we provide free access to researchers, historians, scholars, the print disabled, and the general public. Our mission is to provide Universal Access to All Knowledge. 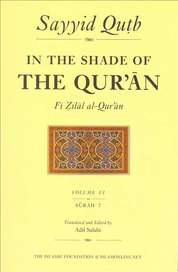 In the Shade of the Qur’an or Fi Zilal al-Qur’an (Arabic: في ظِلالِ القرآن‎, fī ẓilāl al-qur’ān) is a highly influential commentary of the Qur’an, written during 1951-1965 by Sayyid Qutb Shaheed (1906-1966), a leader within the Muslim Brotherhood. Most of the original volumes were written while in prison. The book outlines Qutb’s vision of an Islamic state and society. It is considered by some to be a comprehensive and far-reaching commentary that takes a clear and lucid interpretation of the Qur’an. Following paper discusses Syed Qutub’s approach in this tafsir:
http://www.ijhssnet.com/journals/Vol._1_No._8;_July_2011/30.pdf

Criticism:
This tafseer has been a subject to a lot of criticism as well. Following is one of the articles highlighting some errors. 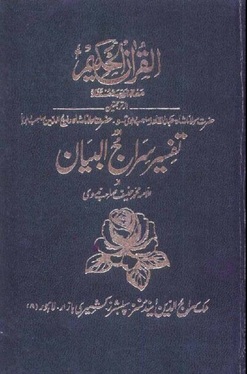 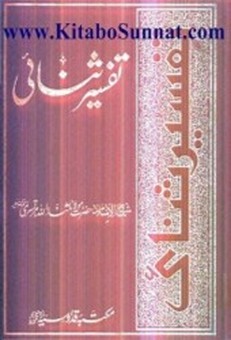 Tafsir Al- Qurtubi is a common term used for “Al-Jami li-Ahkam al-Qur’an” translated as ‘The Compendium of Legal Rulings of the Qur’an’ written by eminent classical scholar, Imam Al-Qurtubi.

The basic objective of this book was to deduce juristic injunctions and rulings from the Qur’an yet, while doing so, he has also provided the explanation of verses, research into difficult words, discussion of diacritical marks and elegance of style and composition, and related Traditions and Reports in his Tafsir, and quite ably so. This book is in twelve volumes and has been published repeatedly.

Comprehensive interpretation of the Holy Qur’an requires consideration of every aspect – spiritual, legal, linguistic, social, and others. While this Tafsir covers them all, imam al-Qurtubi was especially concerned to bring out the legal implications of the Qur’anic text, and his work emphasizes the practical applications of the Revelation.

This gives it particular relevance to those Interested in learning how the Qur’an informs the daily life of the Muslims. on both the individual and the communal level. The author also explains the diversity of the Various readings (qira’at) and explores the alternative interpretations that can be derived from them.

There is another more professionally compiled english version of this tafsir available from attafsir.com (run by Government of Jordan).
It can be accessed from here:
Read / Download

This english translation is done by Aal Al Bayt Institute of Jordan which is NOT a shia organization and is run by Government of Jordan. It, however, translates BOTH, sunni and shia books. Tafsir Jalalain is a sunni book written by Imam Jalal ud Din Suyuti. Library is unsure about the correctness of this translation and have not come across any views from Ulema (religious scholars) about this. Users need to verify it for correctness with scholars themselves before using it. Basis of our doubt is educational background of translator (Ismaili studies). 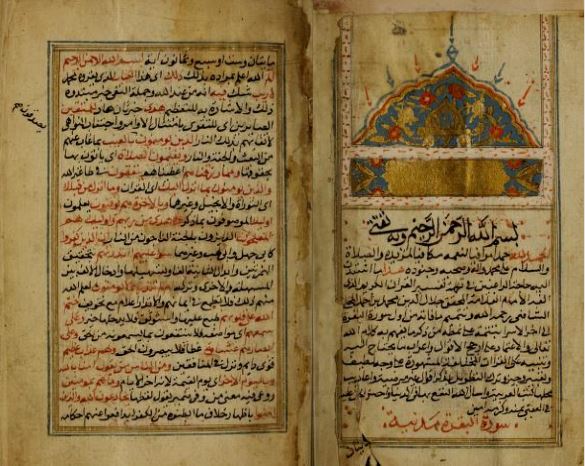 Abdul Aleem Qidwai, Nephew and Son-in-Law of Molana Abdul Majid Daryabadi, mentioned about his works as follows:
He is the only aalim of India and Pakistan who has translated the Holy Quran along with its exegesis in English and Urdu, with the Glorious Quran and Tafsir-e-Majidi respectively. His works are acceptable to the jamhur and represent Hanafi views. He has taken great pains to make a comparative study of Judaism and Christianity and established the supremacy of Islam throught geographical and historical evidence. He was a well-read scholar of modern times and spent about ten years in the state of ilhaad, “rationalism” and agnosticism. Then he reverted to the right path and became an ardent disciple of Mualana Ashraf Ali Thanvi, Maulana Husain Ahmad Madni and associated himself with Deoband and Nadwa.

His exegesis is very useful for English knowing people. It was published first by Taj Publishing Company, Lahore, then it was published by Majlis-e-Tahqeeqat wa Nashriyaat-e-Islam, Nadwa-tul-Ulema, Lucknow and recently by the Islamic Foundation, Markfield, United Kingdom has published the English translation and tafsir is one volume; “The Glorious Quran” and can be had from them. Another edition has also been published by had from Nadwa-tul-Ulema, Tagore Road, Lucknow.

Al-Tafsir al-Kabir (“The Large Commentary”), also known as Mafatih al-Ghayb (“Keys to the Unknown”) is a classical Islamic Tafsir book, written by the well-known Persian Islamic theologian and philosopher Muhammad ibn Umar Fakhr al-Din al-Razi (1149-1209). The book is an exegesis and commentary on the Qur’an. At 32 Volumes, it is larger than the 28 Volume Tafsir of At-Tabari named Jami’ Al-Bayan.

The MIR Books a non-profit, is building a digital library of  Internet sites and other cultural artifacts in digital form. Like a paper library, we provide free access to researchers, historians, scholars,  and the general public. Our mission is to provide Universal Access to All Knowledge.